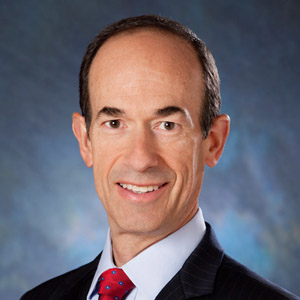 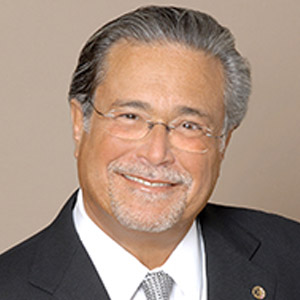 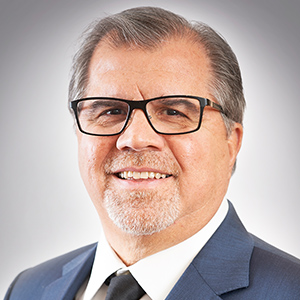 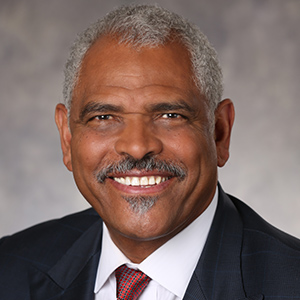 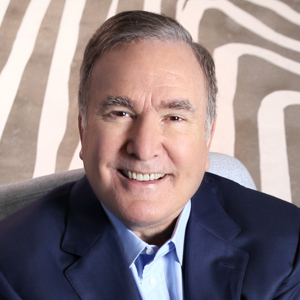 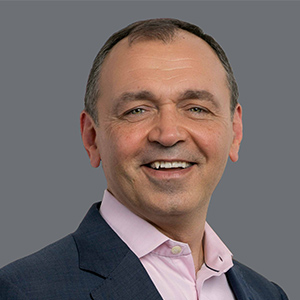 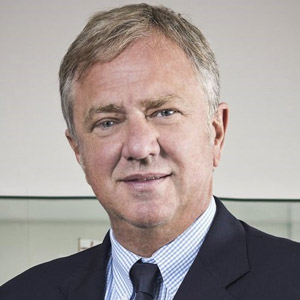 A highly regarded industry expert, Mr. Goldstein spent the majority of his career in leadership roles with Royal Caribbean Group (RCG). He joined RCG in 1988 as Vice President & Corporate Secretary and subsequently served in numerous senior leadership roles, which included oversight for market development and international sales and marketing.

In 2007 he was named President & CEO of the Royal Caribbean International brand, a position he held until 2014. As President & CEO, Mr. Goldstein was a key driver of the organization's global expansion and the development and introduction of Royal Caribbean's Oasis class and Quantum class ships.

In 2014, Mr. Goldstein was named President and COO of Royal Caribbean Group, with responsibility for human resources, information technology, supply chain, corporate communications, safety and environment, government relations, guest port operations, and commercial development. In 2018, he was appointed Vice Chairman of RCG, overseeing global government relations and destination development efforts. He retired from his position as Vice Chairman of RCG on March 2, 2020.

Throughout his career, Mr. Goldstein has been an active member of the travel and tourism industry. From 2017 to 2018, he served as Chairman of the Florida Caribbean Cruise Association (FCCA). In 2001, he served as the National Chair of the Travel Industry Association of America (now U.S. Travel Association) and was inducted into U.S. Travel Association's Travel Industry Hall of Leaders. He also has been inducted into the International Maritime Hall of Fame. Mr. Goldstein currently serves on the Board of Trustees of INSEAD, and on the Energy Security Leadership Council, a leadership affiliate of Securing America’s Future Energy (SAFE) in Washington DC.

Mr. Goldstein graduated with honors from Princeton University and earned his law degree from Harvard University and an MBA with distinction from INSEAD.

Arison, 67, followed his education with a two-year stint in Carnival Cruise Lines sales department.  He became reservations manager in 1974, and took over the post of vice president of passenger traffic in 1976, succeeding to the presidency of Carnival in 1979. In 1990, he was appointed chairman by the company's board of directors.  In 2013,  the role of Carnival Corporation & plc chairman and CEO was split with Arison continuing to serve as chairman and longtime Carnival board member Arnold Donald named CEO.

Carnival went public in 1987, raising $400 million for future expansion.  The company continued its growth through the traditional avenue of new ship construction and also began to diversify expanding the company's cruise operations by entering new market segments of the industry.

Following the transaction, the company was renamed Carnival Corporation & plc and is traded on both the New York and London Stock Exchanges. It is the only company in the world to be included in both the S&P 500 and the FTSE 100 indices.

Arison's keen attention to marketing and growth priorities has resulted in revenues increasing from approximately $600 million in 1988 to $16.4 billion in 2016.

Arison is past-chairman of the Florida Caribbean Cruise Association (FCCA), a trade organization whose mandate is to provide a forum for discussion on legislation, tourism development, ports, safety, security and other cruise industry issues.

Arison’s contributions to the cruise industry have been recognized by a wide range of international organizations.  He has been named an “Officer of the French Legion of Honor” – the country’s highest civilian honor – by French President Jacques Chirac, received a honorary doctorate in naval architecture from the University of Genoa, and was awarded the Decoration of Commander, First Class, of the Order of the Lion of Finland by the President of the Republic of Finland.

He has also been awarded the insignia of “Onorificenza al Merito della Repubblica Italiana” by the president of Italy, which confers that country's highest title on a civilian.

Arison is also the managing general partner of the National Basketball Association’s Miami Heat franchise and has served as chairman of the league’s board of governors.

Arison and his family are longtime residents of the Miami area.

Previously, Del Rio served as chairman and chief executive officer of Prestige Cruise Holdings, Inc., the parent company operating both Oceania Cruises and Regent Seven Seas Cruises. Del Rio founded Oceania Cruises in 2002, and in doing so, created a new “upper premium” market space in the cruise industry. Under his leadership the line has grown from a fledgling start-up with one 684-passenger ship to a dominant player in the upscale cruise market with six ships totaling 5,300 berths, including the addition of two highly acclaimed 1,250-passenger sister ships, Marina and Riviera. In 2008, Prestige Cruise Holdings acquired Regent Seven Seas Cruises and quickly completed a turnaround which positioned Regent Seven Seas Cruises as the market leader in luxury cruising and in turn positioned Prestige Cruise Holdings as the premier operator of upscale cruise brands.

Del Rio, who was born in Havana, Cuba and emigrated to the United States in 1961 at age six, earned his bachelor’s degree in accounting from the University of Florida and is a Certified Public Accountant.

Arnold Donald is President & Chief Executive Officer of Carnival Corporation & PLC, the largest travel and leisure company in the world. Their portfolio of ten cruise brands -- Carnival Cruise Lines, Holland America Line, Princess Cruises, Seabourn, AIDA Cruises, Costa Cruises, Cunard, P&O Cruises UK, P&O Cruises Australia and Fathom are based throughout North America, Europe, Australia and Asia. Together these brands maintain a fleet of over 100 ships and serve more than 11 million guests annually. Carnival Corporation & PLC also operates Holland America Princess Alaska Tours, the leading tour company in Alaska and the Canadian Yukon with 10 hotels plus rail and bus services connecting guests with the northern interior. Traded on both the New York and London Stock Exchanges, Carnival Corporation & PLC is the only group in the world to be included in both the S&P500 and the FTSE 100 indices.

Mr. Donald has been President & CEO of Carnival Corporation since 2013; prior to that he served on the board for 12 years. He currently serves on the board of Bank of America Corporation.

Mr. Donald spent more than twenty years at Monsanto Company as Corporate Senior Vice-President, and President of the Consumer and Nutrition sector and President of the Agricultural sector. After leaving Monsanto, Mr. Donald was Chairman of Merisant Company whose products included the leading global sweetener brands Equal and Canderel.

A native of New Orleans, Louisiana, Mr. Donald received a Bachelor of Arts degree from Carleton College, a Bachelor of Science degree in mechanical engineering from Washington University in St Louis, and a Masters of Business Administration from the University of Chicago Graduate School of Business.

Mr. Donald has a strong commitment to higher education and serves on the boards of two of his alma maters, Carleton College in Northfield, Minnesota and Washington University in St. Louis, in Missouri. He is also on the boards of the Greater New Orleans Foundation and Tulane University among others.

Since taking the helm of Royal Caribbean in 1988, Fain has guided the company’s growth to its current place on the S&P 500, as well as its repeat listing by the Ethisphere Institute as a World's Most Ethical Company. Twice, Barron’s has named him one of the World’s 30 Best CEOs for his vision and changing the course of the industry.

Fain serves on the Board of Trustees of the University of Miami and is on the executive committee of the World Travel and Tourism Council. He has been recognized with the Federal Maritime Commission's Earth Day Award, the Travel Weekly Lifetime Achievement Award, the South Florida Business Lifetime Achievement Award, the Ellis Island Medal of Honor, and membership in the South Florida Business Hall of Fame. The French government honored Fain as a Chevalier de la Legion d'Honneur, while the Finnish government named him a Commander, First Class, of the Order of the Lion.

Fain holds a B.S. degree in economics from the University of California at Berkeley and an M.B.A. from the Wharton School of Business at the University of Pennsylvania. Fain and his wife, Colleen, have four children and seven extraordinary grandchildren.

Before being named to his current role in May 2020, Mazloum served as senior vice president of operations at Walt Disney World Resort, overseeing 30 Disney resort hotels as well as premium services, security and transportation operations at the world’s premier vacation destination.

At Disney Cruise Line, Thomas is responsible for the entire award-winning operation, including the Disney Magic, Disney Wonder, Disney Dream and Disney Fantasy cruise ships, as well as Castaway Cay (Disney’s private island in the Bahamas) and Disney’s Port Canaveral cruise terminal. He also oversees the much-anticipated expansion of Disney’s cruise fleet, with three new ships on the horizon, all of them showcasing the immersive family entertainment, enchanting storytelling and service for which Disney is well known.

Thomas also leads the team at Disney Vacation Club, the company’s popular vacation-ownership program. The club offers a portfolio of 15 themed resorts, from its newest property, Disney’s Riviera Resort, to Aulani, a Disney Resort & Spa in Hawaii, to properties across Walt Disney World Resort, at Disneyland Resort and in Vero Beach, Florida and Hilton Head Island, South Carolina. His other responsibilities include Adventures by Disney and National Geographic Expeditions, the company’s guided group travel businesses, as well as Golden Oak, the company’s luxury whole-ownership community of custom homes at Walt Disney World Resort.

Thomas began his Disney career in 1998 as a hotel director for Disney Cruise Line and was instrumental in launching the Disney Wonder, the second ship in the Disney fleet. He later served as general manager of Food & Beverage and Special Events at Epcot. Before returning to Disney in 2017, Thomas served as the chief operating officer of Crystal Cruise Line, leading efforts to define “The Crystal Experience,” a concept that would set the bar for luxury vacations, with a focus on nurturing a positive employee culture.

Born in Austria, Thomas earned his degree in hotel management and administration in Innsbruck. A lifelong learner, he has also received several business certifications from such institutions as Cornell University, the Hotel School of Lausanne and the Hotel School of Salzburg.

Pierfrancesco Vago is the Executive Chairman of MSC Cruises since 2013. Prior to that, as the Company’s Chief Executive Officer, he led MSC Cruises to over 800% growth since its inception.

In his position, Mr Vago leads the company’s ongoing strategy and long-term vision from its headquarters in Geneva, Switzerland. He also oversees all of MSC Group’s subsidiaries with strategic relevance to the tourism sector.

Mr Vago has spearheaded the launch of the Company’s unprecedented 10-plus year investment plan, supporting the next phase of MSC Cruises’ growth. The plan encompasses 11 new next-generation mega cruise ships coming into service between 2017 and 2026, reflecting an investment of €9 billion. This will result in MSC Cruises’ passenger capacity tripling in the next 10 years.

Mr Vago entered the MSC Group in 2000, piloting a joint venture between the Italian-based ferry company SNAV and the Hoverspeed Sea container Group. In 2001, he rose to the position of Line Manager for the USA, Mexico and Canada within the Group’s container shipping business, MSC Mediterranean Shipping Company.

In January 2014 Mr Vago became Chairman of CLIA Europe, the European branch of the cruise industry’s global association, a position that he held until December 2016. During this time Mr Vago led CLIA Europe to take an increasingly more central role in engaging with all the relevant European and national authorities and legislative bodies across the Continent, with a particular focus on Brussels, and in close cooperation with CLIA Global.

Today, MSC Cruises is the world’s largest privately-owned cruise company and the fourth largest overall. It is also the brand market leader in Europe, South America and South Africa, employing over 16,000 staff and with offices in 45 countries.

Mr. Vago is married and has two children together with his wife.